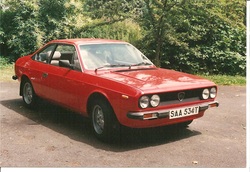 My name is Darren Cooksey and I have been a Lancia owner for over 20 years.  My affair with the Lancia marque started a long time ago when I was introduced to someone who could do some engine work on my then favourite car, my Mini.  This chap became a good friend and he had a brother who was restoring a Beta Coupe that seemed a million miles away from my Mini in terms of looks and presence.

One night of chewing the cud over quite a few beers I agreed to buy the then finished car.  A couple of weeks later I was driving home, slightly dazed and the proud owner of a beautiful Beta.  The incredible cost of car insurance for me at the time was well worth it to be driving such a machine.  Ok, it wasn’t as nimble as my Mini but more room, better sounding engine, and that body more than made up for it!

One day while rooting around for spares at L&M Supplies, I came across the Montecarlo and there was no going back; I was completely and utterly hooked!  I am sorry to say that I got my parts to repair the Beta and I drove home dreaming about what it would be like to own one!   Most of the cars there were accident damaged, but he did have a white one in good condition but reality bit and I had to admit that I couldn’t afford to buy one.  So if I couldn’t afford to buy a running one – perhaps I could buy a restoration project?  I should have known better!  My previous restorations were enjoyable to do, but never, ever got completed in the timeframe I set myself as work and day to day life always got in the way. 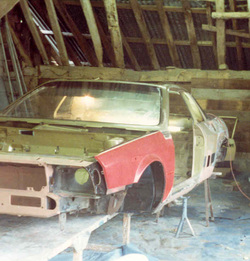 As seen without rose tinted specs!
Still, I wanted a Monte and so I set about getting a Monte.  A few chats with Martin were enough for him to show me a candidate in a local garage of his.  With rose tinted specs firmly in place I went with him to look at the car.  It was gold, had no engine, gearbox, front wings, bumpers, and a bonnet that weighed a tonne due to the amount of filler it had on it.  Still, there was a bonus in that it included a rainmaker cleverly hidden in the bonnet, which made the appropriate noise when you opened it caused by the movement of what was left of the original metal!

A deal was struck and soon I was the proud owner of a Montecarlo with a new interior, an engine and box, and the promise of bumpers to follow.

That was the start of a very long and involved restoration during which time, The Montecarlo Consortium and the inter-web came into being.  When I embarked on this journey, the internet was in its infancy and the only people set up specifically for the Montecarlo was Chad at The Monte Hospital and John at Scorpion Reproductions.  Times have changed and whilst some companies have disappeared, more suppliers are available worldwide and dealing with them is usually pretty easy and straightforward.  What there is a lack of is a company specifically dedicated to providing a service for Montecarlo owners, which is the gap I intend filling. 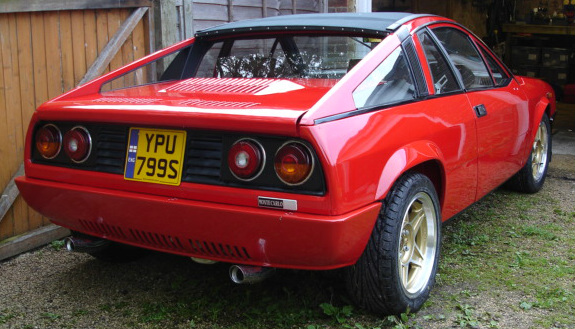 Back on road, but ongoing improvement still continuing